Showcasing Elliott’s artistic legacy with a retrospective of seven decades of his paintings, this event honored his magnanimous bequest to Touchstones. The exhibition included works from private collections as well as paintings from the collection received by Touchstones.

Dr. Zuckerman was a Tutor Emeritus at St John’s College in Annapolis, where he began teaching in 1961. Before that, he taught at Columbia and at the New School.

Born in Brooklyn in 1930, his study of painting began at the High School of Music and Art in New York City, where, while continuing to study music elsewhere, he matriculated as an art student. He went on painting while at Cambridge, and participated in a series of exhibits. On return from Europe, in did not paint for many years, but took it up again in the mid nineteen-seventies, starting out with portraits, which he had never done before. In 1980, he had a show of thirty portraits and self-portraits. By then he was also painting still-lifes and landscapes, exhibiting frequently at the Maryland Federation of Art. In 2010, he had a highly praised one-man show at the Maryland Hall for the Creative Arts.

His paintings are in many private collections in Annapolis, Chicago, New York, and throughout the country, and in Europe.

Dr. Zuckerman’s collection of his work was donated to Touchstones Discussion Project in celebration of his long-time friend and colleague, Howard Zeiderman, and in honor of Touchstones Legacy Campaign, begun in 2018. 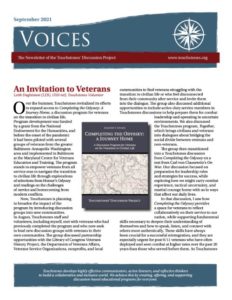